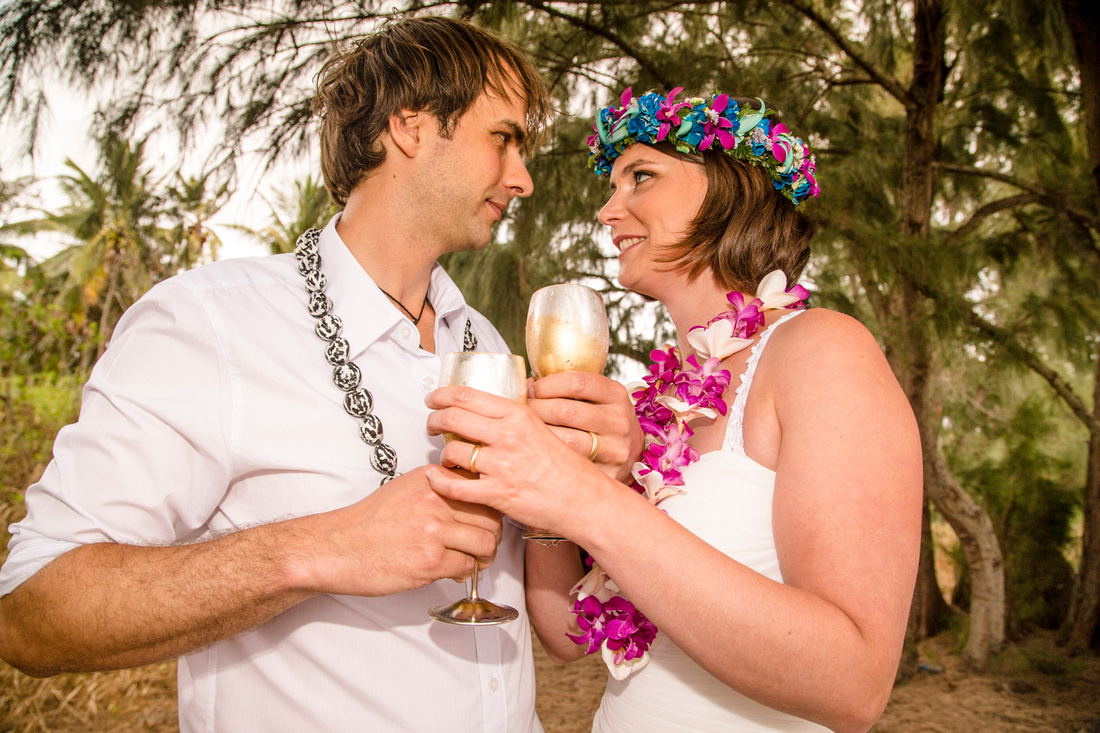 A playful young couple came all the way from Munich Germany to get married on the beautiful Island of Kauai. They got married on Shipwrecks Beach on the South Shore. The Bride wore an amazing Haku Lei by The Blue Orchid in Koloa Town and made her own bouquet and boutonniere for the Groom. 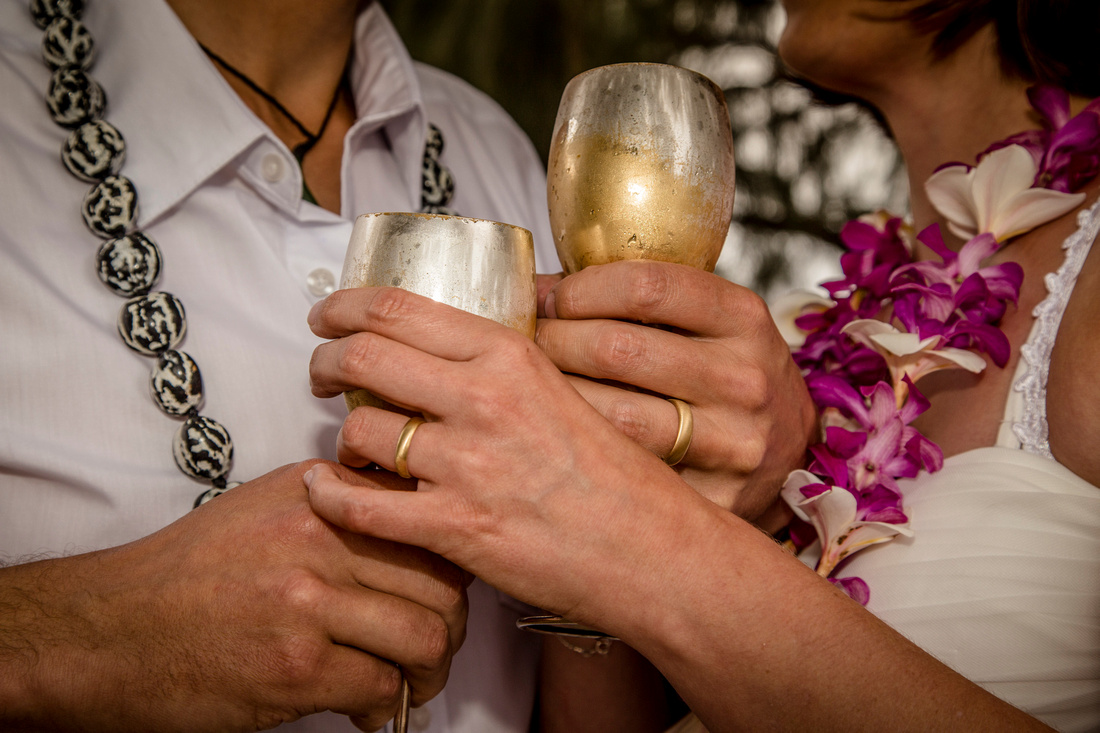 When the couple arrived and Christine Kube of Kauai Wedding Blessings and I were getting to know them, we found out that they took a jewelry class and made their own wedding bands. It took them all day. They did a great job even though it was hard. What a great way to put your love and energy into a marriage!

What a pleasure it was to be a part of their special day! They were so much fun! Because they got married so far from home it was just the two of them here for the wedding. The parents of the Bride and Groom sent Christine some words to read during the ceremony. The couple was unaware of the parents gestures so it was a fun surprise. The father of the Bride said that he was not happy that they were getting married so far away but then she always did do things the way she wanted. That got a big laugh out of the couple! It was a beautiful wedding with laughing and crying and a Champagne toast. 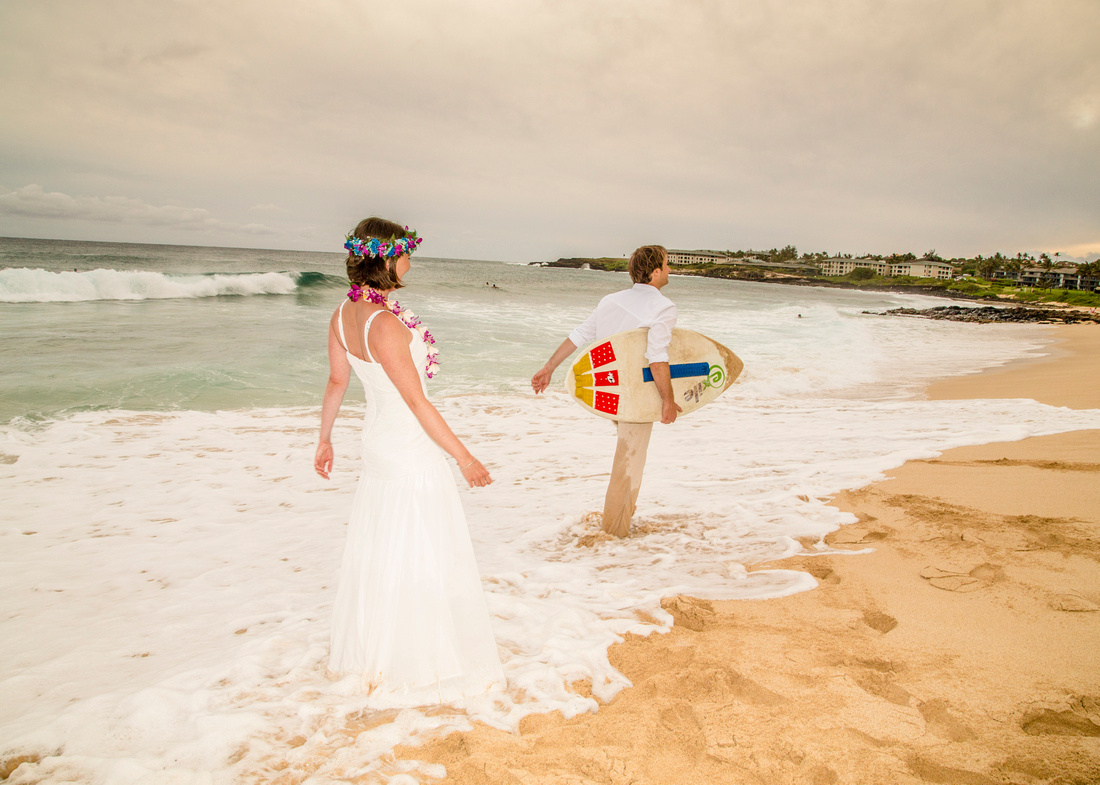 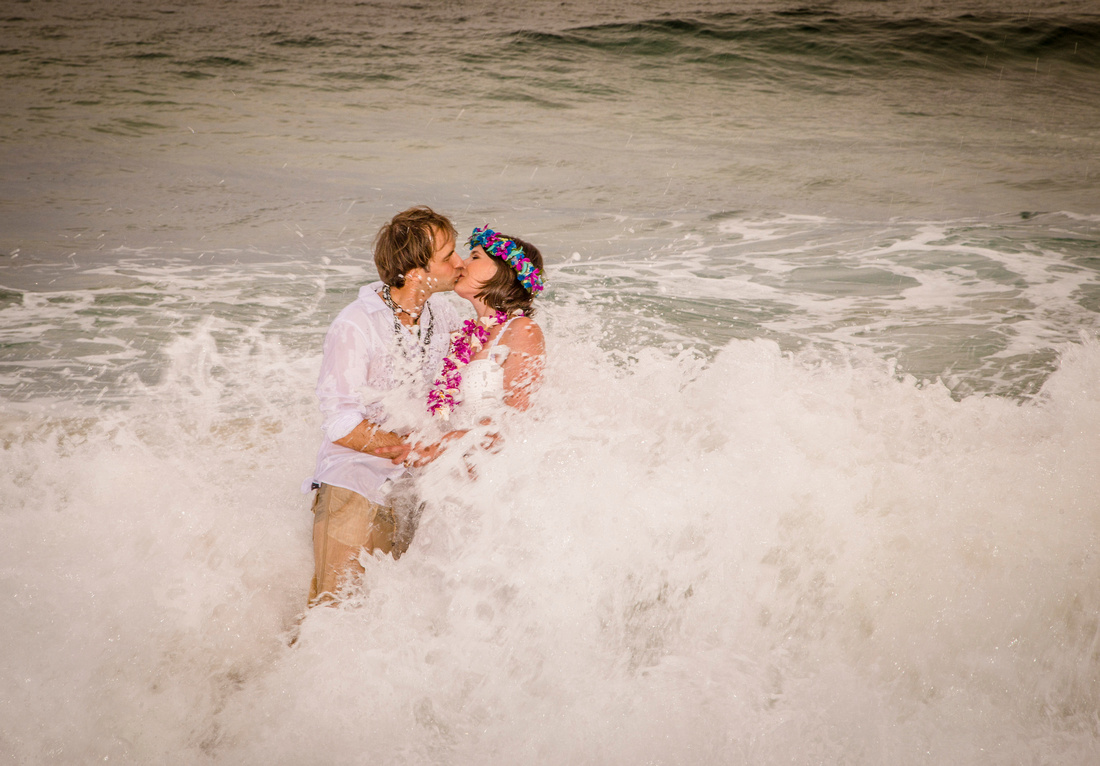 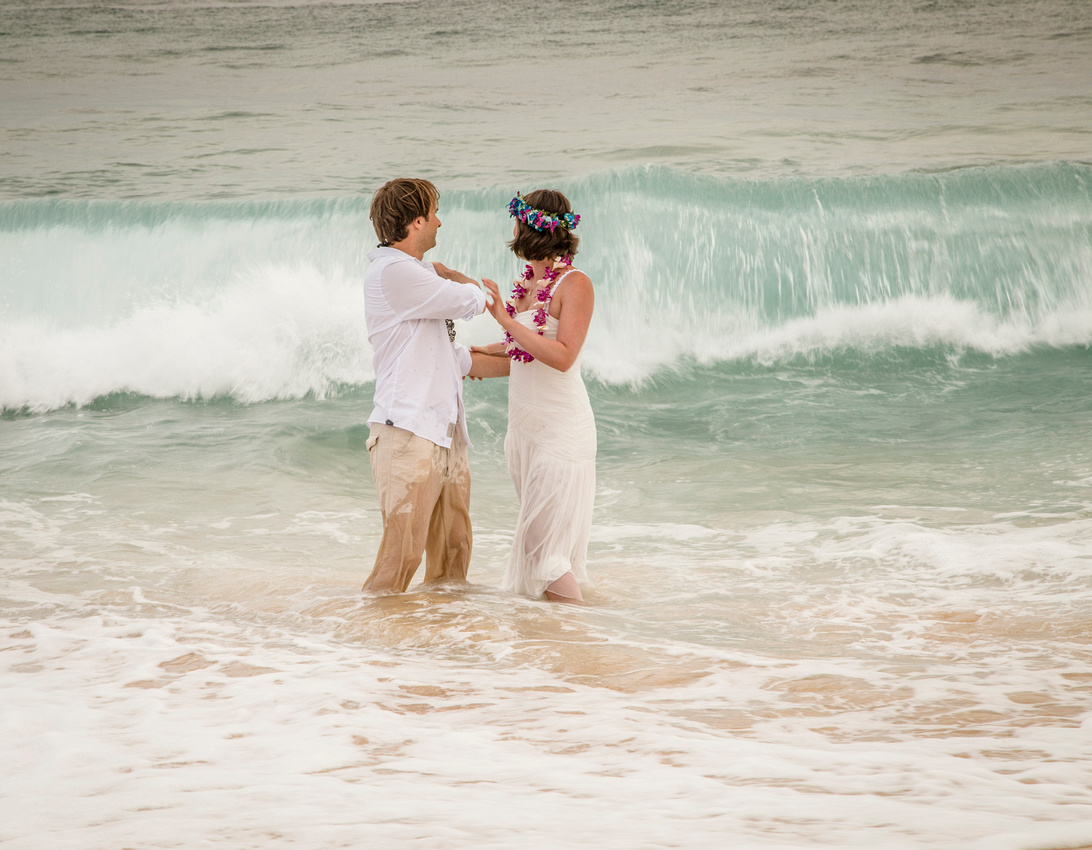 After the toast we headed out to the beach for photos. The Bride had lots of cute ideas and I had some utilizing the scene available for the day. We started at one end, working our way down the beach, laughing and having fun and then the bride said " Ok, was that enough dry ones because we are going in now". I said "AWESOME!". They got wet with waves crashing in behind them and had a blast! At one point the Groom borrowed a buggy board from a local near by.

I LOVE seeing others having fun and documenting the memories that will last forever!